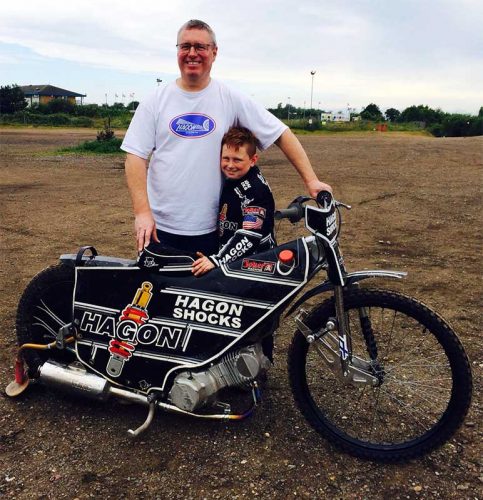 Sam first started out in speedway in May 2013, at The Lakeside Hammers Hagon Shocks Speedway Academy track.

His first ride out on a bike was with his uncle Martin Dugard on the back with him, after a few rides out like that Sam went out and rode on his own and has progressed from there on.

After learning the basics of speedway, Sam’s first ever race was in America, where he rode in a series of handicap races along with 6 other riders per race. Within a few weeks of being out in America, Sam finished second in his first ever mini 150cc main event.

In 2019 Sam become the British Youth 250cc  Speedway Champion, as well as competing in the 250cc World and European Championships.

A snapshot of Sam’s early career